Some Elections Are More Equal Than Others 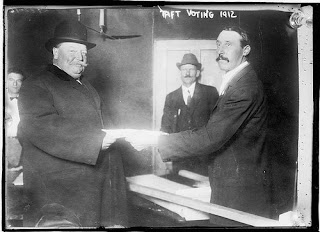 Yesterday a state referendum was held on a state's domestic partnership law, it passed by slim margin.

No, Grumpy is not confused or drinking early in the morning, in addition to Maine, where Gay Marriage lost, there was a referendum in Washington State (Who knew?). Not NPR' s Morning Edition.

"Washington's Referendum 71 -- which asked the state's voters to weigh in on the state's domestic partnership law -- was approved by a narrow 51-49 margin -- meaning same-sex couples get to keep state-granted rights otherwise given only to married couples. That's with 100 percent of the vote counted."

If you listened to NPR's Morning Edition this morning you would have heard numerous reports about the Maine referendum, also that 30 states have rejected Gay Marriage.

Number of time the Washington State vote was mentioned by NPR?

Yeah right, no agenda there.
Posted by GRUMPY DEMO at 8:33 AM